Share a memory
Obituary & Services
Tribute Wall
Read more about the life story of Ruth and share your memory.

Ruth Ellen Diehl Feagin Gordon, 95, died in Greensburg, PA on 1/12/21 of COVID-19-related complications.  Born at her parents’ farm in New Stanton, PA on 2/4/25, she was the third of six children born to Clarence Diehl and Amelia Breniser Weston Diehl.  She was born with a heart murmur and the doctor felt she would not thrive but, in the end, she outlived all her siblings.  She was determined—less politely, she was stubborn—and despite being told she was to walk up the lane after school, she often ran.  That kind of determination served her well throughout her life.

Ruth graduated from Greensburg High School in 1942 and attended Asbury College in Wilmore, Kentucky the following year.  There she fell in love with a tall thin young man from Georgia, Olin B. Feagin, Jr.  Both delayed further college after the freshman year, Olin to enlist in the Army and Ruth to factory work, setting rivets.  They were married on July 25, 1944, in her hometown church in Middletown (New Stanton, PA) shortly before Olin was deployed to Italy.

Upon Olin’s return from the service in 1946, he attended college and then seminary, serving as student minister in Evangelical United Brethren churches in Pennsylvania and Ohio, with Ruth at his side as helpmate.  He graduated from United Theological Seminary in 1959 and was appointed to Arlington Ave EUB Church in Pittsburgh.

Olin died unexpectedly in his sleep just two years later, on June 6, 1961, leaving Ruth with four children, aged 14, 9, 7, and 5.  She needed to vacate the church parsonage quickly and moved the family to her parents’ farm for a year.  During that year, she learned to drive a car and handle finances, became a licensed practical nurse, got a job, and put a down payment on a house in Youngwood, PA.  She then completed raising the children alone.

In 1985, Ruth retired from her longtime job in the Pediatrics department of Westmoreland County Hospital and in 1986, she married Rev. John (Jack) Gordon, a retired United Methodist minister.  He joined her in the Youngwood house, and she continued to live there after his death in 1994.  In 2019, after 57 years in her beloved Youngwood home, Ruth moved to Easy Living Estates in Hunker and 5 months later, was quarantined there as COVID-19 swept the nation.

Ruth was predeceased by her parents, her four brothers Clarence, Robert, David, and Richard, her sister Phyllis, both husbands, a daughter and son-in-law (Mary and Louis Conde) and a granddaughter (Christine Feagin).  She is survived by daughter Jean Feagin of Seattle, WA, Judith Feagin of South Euclid, OH, son Richard Feagin (wife Mary) and grandson Thomas Feagin of Anacortes, WA, as well as some cousins and numerous nieces, and nephews, and by Jack’s children Jack Jr. (Port Townsend, WA), Jill (Monongahela, PA), and Mark (New York, NY), and step-grandchildren.

The factual details of Ruth’s life are easily told but fail to draw a full picture of her life.  It was often beset by grief from early deaths.  Her youngest brother died when he was 8, and her first husband was just 36, her oldest daughter just 39, and her first grandchild just 29 when they died.  She was angry at God for the early loss of her loved ones but her abiding faith in God gave her the strength and fortitude to carry on.  She maintained a morning devotional and prayer period, praying with simple words and understanding that God’s will, not hers, would be done.

While Ruth was working, her schedule restricted her attendance at church on Sunday to every third week but after her retirement she was able to attend church every Sunday and sang in the choir with great joy, always with a smile on her face.  She was active with the United Methodist Women for many years, including serving as leader and coordinating meal deliveries to shut-ins.  She met people with a smile and a hug, exemplifying kindness and support, and she loved to laugh.

Ruth was an avid reader, everything from books about faith and religion to romances, mysteries, and thrillers.  She volunteered at the Youngwood library for many years and her house was always full of books and comfortable places to sit and read them.

Ruth delighted in travel.  Visiting her grown children took her to spots in Pennsylvania, Ohio, Kentucky, Michigan, Indiana, North Carolina, Florida, Minnesota, California, and Washington.  After her retirement, her horizons opened wider.  She and Jack made numerous trips to time shares in Arkansas and Maryland, and once to Kauai.  They drove cross-country to Expo86 in Vancouver, Canada, taking a northern route on the way west and returning via a more southerly one, sightseeing along the way.  In 1994, she accompanied her children and grandchildren on a camping trip to Yellowstone and on to Seattle.

Ruth also traveled internationally.  She went to see the Oberammergau Passion Play twice.  In addition to the play, the first trip involved a tour that took her to West Germany, Austria, Hungary, Czechoslovakia, Poland, and East Germany.  The other trip had stops in Switzerland and West Germany.  She visited Israel, and, following Jack’s death, she made several major trips with her daughter Judy.  They visited Alaska, with a train trip to Mt McKinley and a small-ship cruise to Glacier Bay, pleased that the small size of their ship allowed them to get into areas too small for bigger ones.  They next travelled to Australia, where Ruth delighted in meeting new people and seeing the unusual wildlife: koalas, kangaroos, penguins, and sea lions.  In 2012, Ruth and Judy embarked on another small ship cruise, this one starting passing from the Kamchatka peninsula of Russia down the Kuril Islands to Hokkaido, the northern-most main island of Japan, and ending in Tokyo.  Although Ruth could not swim, she gamely climbed into small rubber boats for shore excursions on the cruises.  As she grew older, she often escaped the coldest months to warmer climes, visiting her sister and brother-in-law in Florida to enjoy the balmy weather.  When they moved north, she spent several winters with her son’s family in Anacortes, WA.  While not as warm as Florida, coastal Washington rarely has much snow.

For someone who loved to travel so much, Ruth was—in her own words—a Pennsylvania girl.  Except for her year at college, a few months during WWII, and the 15 years between Olin’s return from Italy and his death, she lived at or within 5 miles of the farm where she was born, and it remained an important part of her life.  The farm was first purchased by Ruth’s grandparents in 1912 and her parents bought it from the other heirs when her grandmother died.  After her parents’ deaths in 1980, the farm was initially leased and later sold to a couple.  Of her siblings, Ruth lived closest to the farm and she organized annual meetings of her siblings to discuss next steps in handling the property.  During the lease period, friendship grew between the family and the couple, and it continued after the sale, as the new owners had become interested in the family history.  Ruth kept in touch with the owners and visited often, always interested to hear the latest plans and to see whether the old barn was still standing.  Ruth organized a family reunion in 2007, the first since 1977, and the couple offered immediately to have it held at the farm.  Ninety years after Clarence and Amelia married in the summer of 1917, about 50 of their descendants met for an afternoon of reminiscences and introducing the younger members of the tribe to the spot where much family history had happened.

Black raspberries grow wild at the farm and picking them was always a favorite summer activity, as black raspberry pie is the best of desserts.  It was always a job for the children, but once they had all moved away, Ruth took over the task.  As the current owners preferred blackberries to black raspberries, Ruth had full run of the farm’s black raspberry patches.  The best spots for black raspberries changed over time and eventually migrated to the top of the tall hill at the back of the farm, up an unpaved pathway.  Ruth always found a way to get up that hill, often getting a ride from the current owner in his truck as she grew older.  So great was her desire for the fruit that she once drove her Mazda to the top of the hill just so she could pick berries.

Ruth was a confirmed chocoholic.  She had always drunk tea but after marrying Jack, she began drinking coffee, sort of.  Chocolate coffee—with more chocolate than coffee—became a required breakfast component.  When she told her children that she didn’t need gifts of “things” anymore, we knew that a box of chocolate would always be happily greeted.  And her snack before bed had to be a Klondike ice cream bar.  When she moved to Easy Living, one of the requirements for her room was a small refrigerator with a freezer compartment, stocked with Klondikes.  When Chick-fil-A outlets came to her area, she rapidly became a devotee, especially of the nuggets.

Ruth donated to a wide variety of organizations, particularly to those intended to assist women and children.  Some years ago, she began to include a special Christmas gift to each of her children: the donation of an animal in their names through Heifer International.  (Heifer provides farm animals and training in their husbandry to families, helping alleviate hunger and poverty.)  We grew accustomed to receiving an announcement that a flock of chicks or a goat had been donated in our honor, and we reciprocated, donating animals in Ruth’s name.  In lieu of flowers, her children invite you to honor Ruth by donating to a worthy cause of your choice.  Further, we encourage you to make a commitment to consistent support for such a cause.  Such continuing support to those in need will be a profound remembrance of this amazing woman who overcame tremendous odds and found joy in life.

Ruth will be deeply missed by the many good friends she made over the years. Her children are profoundly grateful to all herfriends and family living nearby who helped her in her later years when we lived far away, with special thanks to those who kept her freezer stocked with Klondikes during the pandemic.  A memorial service will be held at a later date.

To send flowers to the family or plant a tree in memory of Ruth Ellen (Diehl Feagin) Gordon, please visit our floral store. 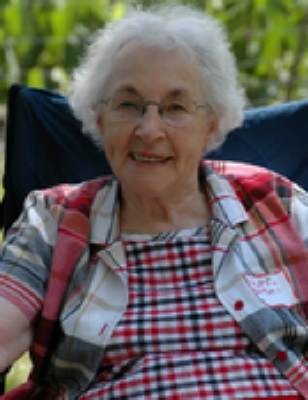 You can still show your support by sending flowers directly to the family, or by planting a memorial tree in the memory of Ruth Ellen (Diehl Feagin) Gordon
SHARE OBITUARY
© 2023 Ashley D. X. Nye Cremation Care Funeral Home. All Rights Reserved. Funeral Home website by CFS & TA | Terms of Use | Privacy Policy | Accessibility